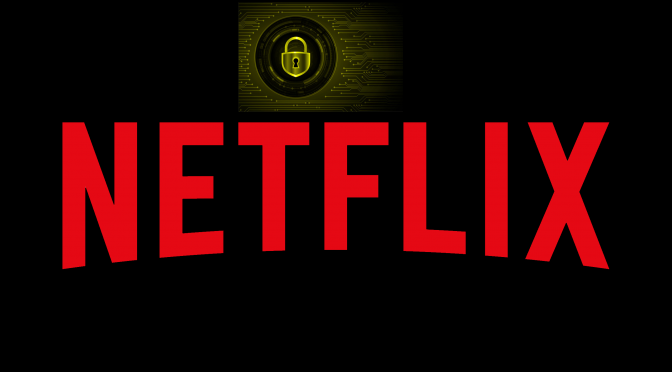 r Netflix is testing a way it can limit password sharing, in what could signal a notable shift of the streaming giant’s posture toward users.“Is this your account?” an on-screen notification asks some of those trying to log on with credentials from someone outside their household, according to users’ screenshots. “If you don’t live with the owner of this account, you need your own account to keep watching.”Users can then enter their own information and create an account, which comes with a 30-day free trial in certain territories.“This test is designed to help ensure that people using Netflix accounts are authorized to do so,” a company spokesperson said in a statement.

This measure is an ineffective approach at best, and a hindrance, worst-case scenario to those valid Netflix users who travel often and take their streaming service on the road.  Many other Internet Services, beyond content streaming,  are now implementing a 2-Factor Authentication (2-FA) approach.  With 2-FA, a user will log into the Netflix app, and then is sent an email or text message with an authentication code.  The code is then used to complete the login of the Software as a Service (SaaS).  This approach could be extended to VOD  streaming services, and for each account “Profile”,  there is a defined mobile number and email address where the access code can be sent.   Only the default account profile can unlock the security details for profiles, allowing the assignment of mobile numbers and email addresses.

How Will Consumers React?

The initial pilot solution seems like a half measure at the moment. I’m not familiar with how they will implement the location-based, “Outside Your Household” solution because of a legitimate use case where some people who have subscriptions actively travel, for example. Surely, these people who travel will appear to be in various locations, according to network topology. On the other side, if you apply a multifactor authentication approach, that’s bound to be more successful in inhibiting the “password sharing” issue. Netflix defines/reevaluates a maximum number of user-profiles per account. Will this help generate more revenue for the “fledgling” streaming service, or anger their audience who may take flight to one of the many other services offered. It’s not the cheapest streaming service in town. Let’s see.

The company is cutting workers primarily in its media division as it aims to improve margins.

Based on the conditions of the markets, i.e. the dissolution of Net Neutrality, companies like Akamai are primed to present attractive solutions to a bandwidth constrained market.  Akamai historically has been a market leader in this space, along with Amazon’s CloudFront solution.  So, I take pause by these actions, although on the surface Akamai has market dominance in this growth area, are there other potential impeding factors: 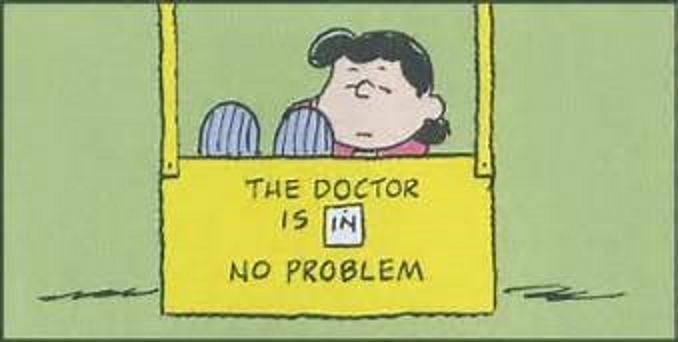 Either through your mobile Smartphone, or through a portable speaker with voice recognition (VR).

In the form of platform apps (abstraction), or 3rd party APIs which integrate into the Digital Assistant, allowing users to directly execute application commands, e.g. Play Spotify song, My Way by Frank Sinatra. 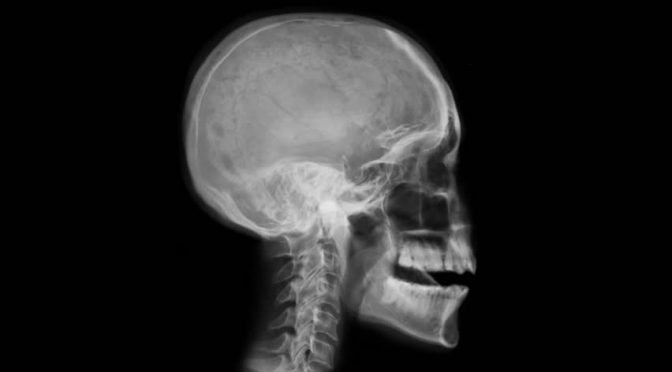 I remember building a companion app for the Windows desktop that pulled music data from iTunes and Gracenote.   Gracenote boasts:

“Gracenote technology is at the heart of every great entertainment experience, and is supported by the largest source of music metadata on the planet..”

Gracenote, in conjunction with the iTunes API / data allowed me to personalize the user experience beyond what iTunes provided out of the box.   X-Ray IMDb on Amazon Video also enriches the experience of watching movies and television hosted on Amazon Video .

While watching a movie using Amazon Video, you can tap the screen, and get details about the specific scene, shown in the foreground as the media continues to play.

“Go behind the scenes of your favorite movies and TV shows with X-Ray, powered by IMDb.  Get instant access to cast photos, bios, and filmographies, soundtrack info, and trivia.  “

IMDb is an Amazon company, which in his infinite foresight, in 1998, Jeff Bezos, founder, owner and CEO of Amazon.com, struck a deal to buy IMDb outright for approximately $55 million and attach it to Amazon as a subsidiary, private company.

The Internet Movie Database (abbreviated IMDb) is an online database of information related to films, television programs and video games, including cast, production crew, fictional characters, biographies, plot summaries, trivia and reviews, operated by IMDb.com, Inc., a subsidiary of Amazon. As of June 2017, IMDb has approximately 4.4 million titles (including episodes), 8 million personalities in its database,[2] as well as 75 million registered users.

In Amazon’s infinite wisdom again, they are looking to stretch both X-Ray and the IMDb property to budding film artists looking to cultivate and mature their following.

Amazon must empower artists and their representatives to update IMDb.  IMDBPro seems to enable just such capabilities such as:

“Showcase yourself on IMDb & Amazon

Manage your photos and the credits you are Known For on IMDbPro, IMDb, and Amazon Video”

X-Ray is available on the Amazon Video app in the US, UK, Germany, and Austria for thousands of titles on compatible devices including Amazon Fire Tablets and TV/Stick, iOS and Android mobile devices, and the web.    To access X-Ray, tap the screen or click on the Fire TV remote while the video is playing.”

Indie producers may leverage X-Ray Studios to integrate IMDb overlay content to enhance their audience’s experience.   Timecodes are leveraged to sync up X-Ray content with the video content.

“In video production and filmmaking, SMPTE timecode is used extensively for synchronization, and for logging and identifying material in recorded media. During filmmaking or video production shoot, the camera assistant will typically log the start and end timecodes of shots, and the data generated will be sent on to the editorial department for use in referencing those shots.”

All metadata regarding an Indie Video may be integrated into the video source / target file, and transcoding may be required to output the Amazon required media standard.

Amazon has slightly complicated the situation by creating an Amazon Web Service (AWS) called X-Ray which has completely no relation to the X-Ray service powered by IMDb. 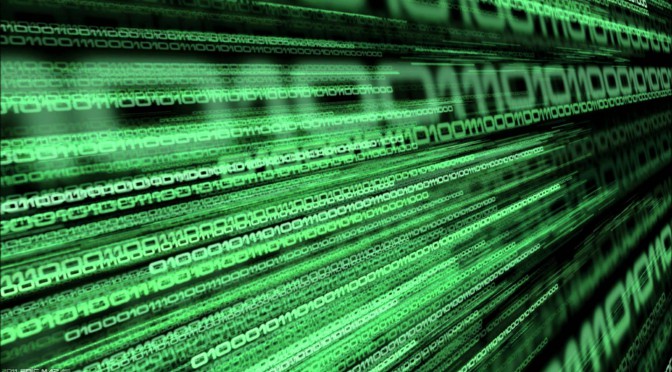 Streaming companies enable content creators to use their well known, branded platforms to grow content author followings.  The reciprocal nature of the relationship creates an even broader customer base for streaming content platforms.

The streaming company can create a portal wizard to build copy a streaming portal template.  The digital media producer uses web app widgets, similar to Microsoft SharePoint sites, to customize their portal to their digital media video/assets.  The Streaming “Portal” provider, as part of their service, handles the monetary transactions for customer subscriptions, or other business models supported.  In addition, the bandwidth load from streaming would be handled by the Streaming “Portal Provider”, a major benefit, leveraging the companies’ Content Delivery Network (CDN).

Anyone could apply for a partnership with the streaming company, and once approved, may use the tools provided by the streaming partner to spawn a new platform site around the customer/producer’s content.

This new revenue stream of streaming companies platforms, such as Netflix and Amazon Instant, may be vastly multiplied using a “Partner Portal” model.

It seems that this path of content providers leveraging existing Portal Streaming companies has already begun:

This post was from Dec 2014, but still very relevant today. The service, which Verizon only refers to as OTT, or over-the-top, named because it will be available to anyone with an Internet connection, as opposed to a television subscription, is the company’s big growth engine for the future. So far, the company has been mum on the details.

The telecom company is readying a mobile and online video service for launch in late summer, and a top exec says there’s nothing like it.

Verizon continues to line up video content from partners as well as through acquisitions, such as AOL. 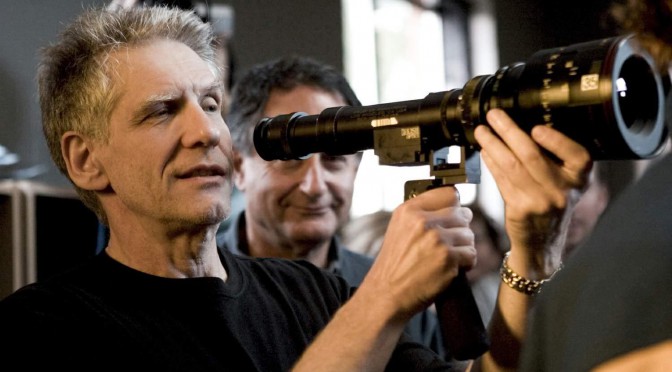 Although content is still ‘King’, the side effect of Streaming Services aggressively rolling out content makes the connection between the ‘ideal’ content and consumer burdensome to initiate.

Streaming Services create a ‘funnel’ to get ‘ideal’ content to the consumer through the use of custom carousels and search.

5 minutes max, I stroll around the Streamers’ carousels for random movies or TV shows that catch my interest.  If I don’t find anything worthy to commit my time, I bounce to another streaming service, and repeat the process.

The cost of making a decision of which Movie/TV episode to watch comes down to a basic Microeconomic theory.

In order for the consumer to make an accurate assessment of Opportunity Cost, one has to consider ~ALL available options.

Therefore, the cost of making a decision is inefficient, and most importantly inaccurate due to the amount of Video On Demand, (VOD) repositories available to the consumer.

The distribution channel must provide unique content through their channel or they run the risk of being a commodity rights owner that is only providing archived content.

Amazon brought it home for me when they hosted a single pilot produced by a partner production group. If the test markets had strong viewer ratings, more episodes can be ordered.

This will turn the dial from just an archive distribution rights platform ‘business model’, eventually a commodity, to a creative media value added service. This shifts the focus to creative content along the brand focus.