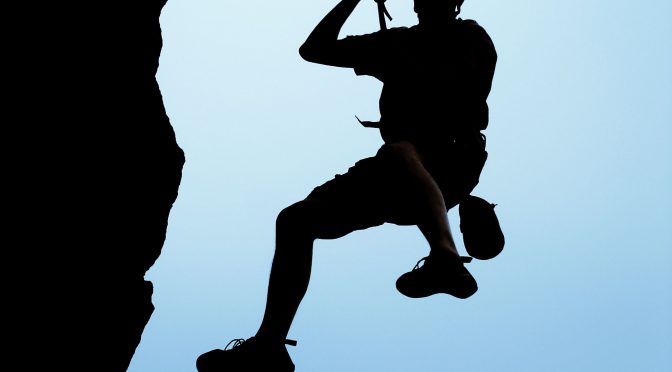 For my birthday, I took a look at the movies that have influenced my business decisions over the years. Here are my top entrepreneurial films for all the underdogs who could use a good, helping push up the mountain.

Classic David and Goliath story told by phenomenal actors such as Brad Pitt and Jonah Hill. How can a small-budget baseball team compete with the large pockets of other behemoths? Reinvent the way teams are formulated, i.e., reinvent the game… to some extent. It’s amazing to watch the actors/people react to a new process, a major disruptive process after doing things they’ve always done. These characters realize the upheaval of a new process changes the way they do business they react in somewhat surprising ways. “Adapt or Die” as the character played by Brad Pitt says.

“You know, for kids. ” Brilliant performances by several well-known actors such as Paul Newman pull off a great script/story into a memorable production. Tim Robbins’s character, an “off the boat”, or shall I say bus, a recent college graduate, has a grand design and is happy to work his way up. So gullible, Norville Barnes (Tim Robbins) is caught up in a scheme to have the company’s stock tank, so the board could snatch the company’s stock up for profit. To the board’s dismay, Norville does have a grandiose idea that takes the company in a profitable direction. Great to see the rise and fall of this once optimistic “new kid on the block”.

An amazing cast, including the talented Danny Devito, with the help of a fantastic script, developed a phenomenal production. There are many lessons to be learned from this film, but I don’t want to give you any spoilers. When all hope seems lost, there is a plot twist that can only be categorized with the classic quote by Winston Churchill, “The definition of Success is moving from Failure to Failure without Loss of Enthusiasm.”

A woman driven by survival, a single mother, just trying to get by, manages to cling to happenstance, and ride that potential opportunity for all its worth. The system bucking Erin like a wild bull, which she manages, through the pursuit of a passion for people even more dire than her own situation, fights for her “extended family”, and one would argue, fighting for justice for those who could not.

Jerry transcends from Sell, Sell, Sell backed by a recognizable, affinity brand to a budding entrepreneur trying to build a relationship with his client and “keep the lights on”. Anyone think Tom Cruise got this gig because of his work on Rain Man selling Ferrari?

A single mom within a challenging environment steps up the ladder and claws her way into a successful entrepreneur. One can only marvel at her success and note each step; each challenge was met by bold, creative solutions.

The transformation from the academic to the business world was amazing. Climbing the ladder of success or falling into the pit of despair. It’s all perspective.

What a whimsical fantasy that delights and turns my stomach at the same time. I just want to know if the momma dollar and poppa dollar had a family after the run on the banks and the savings and loan?

A Data Broker Offers a Peek Behind the Curtain – NYTimes.com.  Your life just became a little less private.

Google has scanned and indexed books, and showed the most commonly used words, and added meta data, based on book publishing year, genre, and so on.  It would be great to see that functionality come to YouTube.  Business Intelligence (BI) applied to video libraries yields profit for advertising, sales, and marketing.

Every video, in a batch process, gets analyzed for words used, as well as a word count per word, and there is meta data regarding the video, such as genre, and any other user provided information.  Then as videos get processed, a tag bubble cloud as the high level view shows dynamically the most commonly used words get bigger, and the relatively less appearing / said in the view get smaller.  Someone can then click on that word, and drill down to other information about the word, in a sense business intelligence about the word.  Advertisers, for example, may target certain classes, or word tags for their advertisements to appear.  Another profitable model may be to use this business intelligence for business presentations to understand what are the most frequently used words in business speeches, or presentations, based on a current time period, x and y dates, to track what are the buzz words, and even more granular, the business current buzz words of a specific sector, and global region.

Even the music industry can get into the act by getting ‘current phrases’ and incorporate them into their songs.