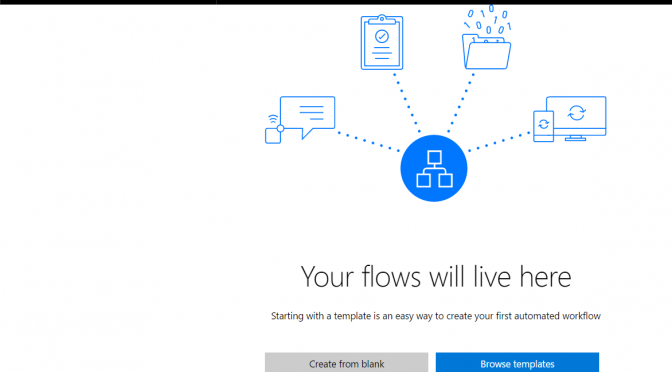 Microsoft has software solutions, like MS Outlook with an [email] rules engine built into Outlook.  SharePoint has a workflow solution within the Sharepoint Platform, typically governing the content flowing through it’s system.

Microsoft Flow is a different animal.  It seems like Microsoft has built a ‘generic’ rules engine for processing almost any event.  The Flow product:

Applicable to everyday life, from an individual home user, small business, to the enterprise.  At this stage the product seems in Beta at best, or more accurately, just after clickable prototype.  I ran into several errors trying to go through basic use cases, i.e. adding rules.

Despite the “Preview” launch, Microsoft has showed us the power in [work]flow processing regardless of the service platform provider, e.g.  Box, DropBox, Facebook, GitHub, Instagram, Salesforce, Twitter, Google, MailChimp, …

Microsoft may be the glue to combine service providers who may / expose their services to MSFT Flow functionality.

Google Plus mobile should have the stylistic capabilities of Instagram to apply to their mobile photos, on Android, for example.  At this point, you cannot apply the styles to photos as you can on Facebook / Instagram, and post photos to Google Plus.

As we approach a brave new world of our Mind’s Eye for Sale, who will own that portal, or jump page to other view’s or other perspectives?  It gets more and more expensive to see the world, and harder to travel.  Sound like Total Recall, the movie, not far off from the path we’re already on without even realizing.  Portals to other people’s perspectives, such as Instagram, seeing life from other people’s interpretations of the world, it is fascinating and alluring to us.

Once the Genie is out of the bottle, it’s hard to turn back.  In all sincerity, a lightweight version of Google’s Android OS for Glass may even be downloadable, and free as it is based on open source.  The Glass is super stylish, but super expensive.  If you’re in the main stream you can afford the glass, if not, you can build your own.  Not that difficult relatively speaking, a kit from Texas Instruments perhaps, such as we’ve seen in the PC world, where they now offer small computer kits for building small computers with Android, and Linux.  If you wanted to build your own Google Glass, how fast will there be imitations, I imagine, faster than you can blink an eye, pun intended.

Google will make it popular and sexy, after that, there could be a flood of imitations.  After all, today we can all build knock off Google Glass, a tiny web cam, a lightweight OS, and Bluetooth integrated with your smartphone for two way interaction, streaming, and communications.  The lightweight OS could today be Linux, but the champion for this effort , Red Hat? No, they are a support and solutions group for a blend of Unix.   No, there are a few hurdles that Google must and have taken, in some cases, partnered with Verizon, who had their own blend of HUD at the 2013 CES conference.  Today, we might mock and jeer people who wore glasses with a mini cam on their glasses.  It might be clunky, the idea is to make it alluring to the masses, as well as going through iterations to make it an acceptable medium to the public.  Once Google, the trailblazer in this endeavor burns through the problems, it will pave the way for a massive wave of alternate choices, become a commodity.  It’s not just the issue with the UI, there are legal battles to be fought, privacy for example, is it safe to drive with them on, and so on.  There needs to be mainstream platforms, so people take advantage, and are lured to independent platforms.  Many other companies might follow, such as Amazon or other cloud based companies.  Maybe even independent sites, web sites, mobile apps, and others joining and integrating with APIs.

So, the obvious thing here is Facebook wants to kill Off Instagram.  You think core users, won’t care, possibly?  Is it even legal, their new terms of service, questionable, with adding the bit regarding minors being included.  So why buy Instagram, and put outrageous terms to the very popular service.  One reason might be a common tale, where a suitor company will buy what it projects has high market share they are already, or plan on getting into, to allow them to grab mass market share.  The suitor company may already be in the market, and simply can capitalize on their resources, e.g. staff, technology, and then try to run the ship aground, i.e. sabotage. demoting the acquired company by putting a poor taste in the customers path, and the original suitor company offers an alternate path, which attracts the customer base to convert.  Some of the articles in the New York Times, What Instagram’s New Terms of Service Mean for You and an a Mashable OP-ED piece, Instagram Will Basically Sign Your Life Away imply picking up your pitchforks and rally us around Instagram, and apply a crowd mentality to trample yourself away from Instagram.

If this is the Facebook / Instagram business model, as these folk are interpreting the requirements, I am not so personally keen on my daughter using Instagram, and her showing up in an advertisement, as I think I read this bit from the interpreted TOS.  I don’t think the kid would be too keen either, probably for a different reason then her Father.  Advertisements can be taken out of context, or you may loose control of how your face is integrated with a product or service, and might not necessarily agree with its use.  Talk about your type-casting.  A teen shows up in an advertisement for acne, she doesn’t know about the advertisement until it’s posed on her locker, and this is a relatively innocent example..  In addition, a capitalistic kid would say, “I am not particularly keen on my face, or pictures showing up somewhere without my permission, but hey, where is my cut.”

There are already established platforms that sell photographer’s photos through established licencing models, and sure, that may be another more viable model for the Facebook / Instagram folks, but hey, I am just a man with a keyboard, and half a brain.

Last night I was driving my daughter and her guy friend home from an after school program, and I really like this kid, he’s a little tech geek like me.  I spoke to this computer savvy twelve year old kid, and was asking him all these questions from a kid’s perspective about all these new technologies.  He was articulating and rattling off thought provoking and meaningful information.  It was like I was talking to an industry analyst, bright fun, good kid.  He and I talked non-stop, and after we dropped him off, and I realized we monopolized the conversation, and my daughter might have wanted to get in a word, so I apologized.  Forgot what it was like to be teen, a girl no less.

Anyway, in the mist of our discussion the kid said he uses a gmail account instead of his default ISP.  I asked him about what he thought of Google Plus.  He said he did some exploring of it. “Yeah, Google + was created to compete with Facebook, but it’s not really that great.”   I asked him if he knew about a few features I thought were cool, and his response was “No, not really, Instagram,” he said “was ‘killin it’ though.” We went onto more market analysis of the space.  I was amazed.  Kids.

It was then I realized why the kid didn’t get past the first page.  Appeal and usability.  These are concepts in User Interface design and are essential in attracting users. These types of features are usually added later on.  The standard technology mantra, is “Make it work, then make it work [faster, refine UI, etc].  If I was trying to really be unbiased, Google Plus is tantamount to a Beta product.  As an example, the “Your Circle” buttons truncate the Circle name, are square shaped, and don’t have an appeal.  In fact, many of the user interface features feel canned.  The user interface is not the focus initially when putting out a product, especially when you are in a rapid mode of delivering, and are certain your product may change drastically, i.e. based on your road map, user feedback, and so on.  Although I really like the baseline platform, and am trying not to be, I am a bit biased in favor of Google.  Google Plus looks like they are using the Agile methodology with Scrum Sprints and constant releases. To be clear, I am using their own, Google’s latest browser Chrome, on Windows 7 with a powerful computer.

So, what does this teach us?  Well, in Project Management, sometimes you can add all the resources in the world to a project, but at some point you get diminishing returns, and there is a limit to delivery capability even using Agile and Scrum methodologies, especially if Social Networking is high on Google’s agenda.  Agile requires user feedback, hence the release, and user response cyclical feedback loop.