Several digital asset marketplaces are using the NFT model without the “risk” of using volatile cryptocurrency. Major League Baseball (MLB) just spun up their own NFT Marketplace leveraging the Candy NFT platform with a high degree of success so far.  Sports memorabilia collectors of traditional, physical assets are looking for a relatively safe investment especially when it comes to selling their investments.  There is no need to complicate the transaction with timing the sale with cryptocurrency fluctuations. This post dives into NFT Marketplaces that target particular [digital] asset classes.  The more aligned to a singluar asset type, the more personalized the buying and selling experience can be.  Buyers and sellers on a “generic” NFT marketplace will have a muted experience. 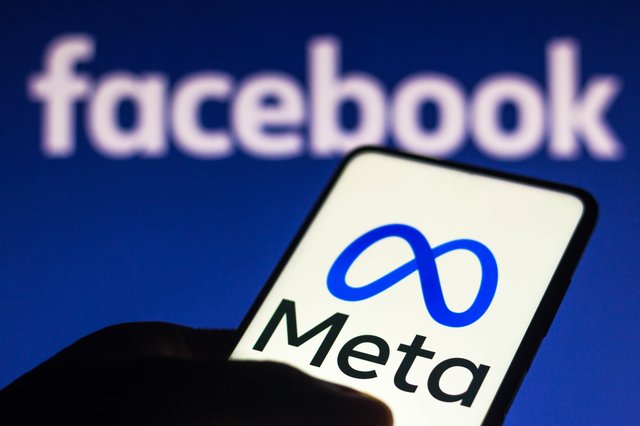 Mark Zuckerberg surprised the world in October when he announced his company had changed its name to Meta.

The announcement came as the Facebook founder and CEO delivered a presentation showcasing Facebook’s work on virtual reality technologies and the Metaverse – a concept which some believe could become the next version of the internet.

It’s a move that echoes what Google did when it changed the name of its parent company to Alphabet in 2015 – an alteration that represented its shift beyond simply being a search engine.

Mark Zuckerberg said he had chosen it as in Greek it means ‘beyond’.

“Beyond the constraints of screens, beyond the limits of distance and physics and towards a future where everyone can be present with each other, create new opportunities and experience new things.”

A metaverse is an online world where people can game, work and communicate in a virtual environment.

This world already exists today through Meta-owned brand Oculus, which will itself be re-branded to Meta Quest in 2022, as well as Meta’s collaboration with glasses manufacturer Ray-Ban that allows users to see social media notifications via their glasses or sunglasses.

In his presentation, Mark Zuckerberg showed how his new metaverse concept ‘Horizon’ could apply to our future lives.

For example, he demonstrated how it could be used to hold realistic work meetings and help with education.

Source: Facebook name change: what is Meta, meaning of new name and Metaverse concept – and what Mark Zuckerberg said | NationalWorld

I’m trying a different format with the use of video to discuss topics. Appreciate any input. Maybe next time I’ll dress for the part.

Topics of Conversation for this Episode.

I’m excited to enable the new Tip Jar feature for fundraising for charities. Twitter users should be able to create a campaign to raise money for a charity boasted with Tweets related to the charity.

When that phone rings, you should have a consistent and professional voice. This voice can help you bring customers through your doors. “How can I help?”, your virtual hostess asks. Would you like a color menu texted to your phone? Or how about hearing today’s specials from the chef? Maybe your potential customers want to be added to a “Call Ahead” list or make a reservation. No Problem. The virtual host or hostess can help with that and more. Once the customer is greeted at the door of your establishment, your physical host looks at a Google Shared calendar and sees you’ve called ahead. Entertainment could be essential to bring back indoor dining. Texting your customers with a list of events, comedians, Jazz, wine tasting, etc. can help entice your loyal customers from takeout/pickup to indoor entertainment.

Make that budding therapy practice of three therapists sound like a flourishing practice with the appropriate level of support staff.

Construction, Contractor, Billing, New Business, Reception: An Army of One

Contractors try to maximize their hours in the field on client sites, and if you’ve got a small company, you need to balance implementing the business, such as billing and invoicing, while taking care of business. A simple automated phone solution can help maximize time on revenue. Whatever your task, such as resending your client a lost invoice can be automated, sending their latest digitized bill. Even for new business, scheduling an on-site quote with your prospective customer can be done without any intervention, automated availability, and scheduling within your Google calendar. In seconds, over the phone, the automation can check when you are available in your calendar, and then schedule the time. The cost of implementing this solution is a fraction of what you would expect.

If you would like more information on cost and setup details, please click here. Or, you can reach me ian@rosemansolutions.com. 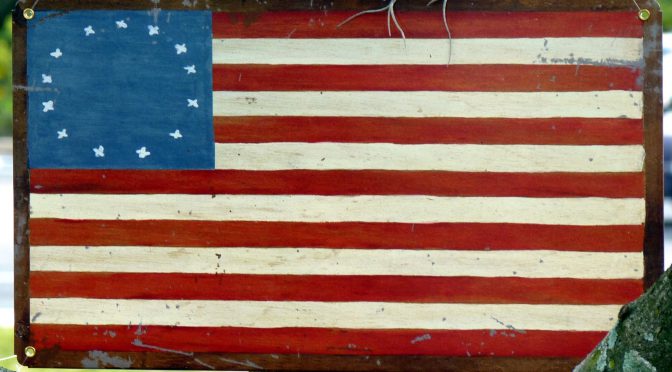 I just read an article on Digital PC Magazine, “Human Help Wanted: Why AI Is Terrible at Content Moderation” which started to get my neurons firing.

Every day, Facebook’s artificial intelligence algorithms tackle the enormous task of finding and removing millions of posts containing spam, hate speech, nudity, violence, and terrorist propaganda. And though the company has access to some of the world’s most coveted talent and technology, it’s struggling to find and remove toxic content fast enough.

I’ve worked at several software companies which leveraged Artifical Intelligence, Machine Learning to recognize patterns, correlations. The larger the data sets, in general, the higher the accuracy of the predictions. The outliers in the data, the noise, “falls out” of the data set. Without quality, large training data, Artificial Intelligence makes more mistakes.

In terms of speech recognition, image classification, and natural language processing (NLP), in general, programs like chatbots, digital assistants, are becoming more accurate because of their sample size, training data sets are large, and there is no shortage of these data types. For example, there are many ways I can ask my digital assistant for something, like “Get the movie times”. Training a digital assistant, at a high level, would be to catalog how many ways can I ask for “something”, achieve my goal. I can go and create that list. I could write a few dozen questions, but still, my sample data set would be too small. Amazon has a crowdsourcing platform, Amazon Mechanical Turk, which I can request they build me the data sets, thousands of questions, and correlated goals.

In silent films, the plot was conveyed by the use of title cards, written indications of the plot and key dialogue lines. Unfortunately, silent films are not making a comeback. In order to achieve a high rate of successful identification of activities within a given video clip, video libraries of metadata need to be created, that capture:

Here is an example of how Social Media, such as Facebook, attempts to deal with video deemed inappropriate for their platform:

In March, a shooter in New Zealand live-streamed the brutal killing of 51 people in two mosques on Facebook. But the social-media giant’s algorithms failed to detect the gruesome video. It took Facebook an hour to take the video down, and even then, the company was hard-pressed to deal with users who reposted the video.

…in many cases, such as violent content, there aren’t enough examples to train a reliable AI model. “Thankfully, we don’t have a lot of examples of real people shooting other people,” Yann LeCun, Facebook’s chief artificial-intelligence scientist, told Bloomberg.

Opportunities for Actors and Curators of Video Content: Dramatizations

All those thousands of people who perform, creating videos of content that range the gamut from playing video games to “unboxing” collectible items. The actors who perform dramatizations could add tags to their videos indicating as per above, documenting themes for a given skit. If actors post their videos on YouTube or proprietary crowdsourcing platforms, they would be entitled to some revenue for the use of their licensed video.

I now realize there are politics around Nike “tipping their hat” toward the Betsy Ross flag. However, when I referenced the flag in this blog post, I was thinking of the American Revolution, and the 13 colonies flag. I didn’t think the title would resonate with readers, “Help Wanted: Amerian Revolutionary war Reenactment Soldiers to Improve AI Models.”, so I took some creative liberty. 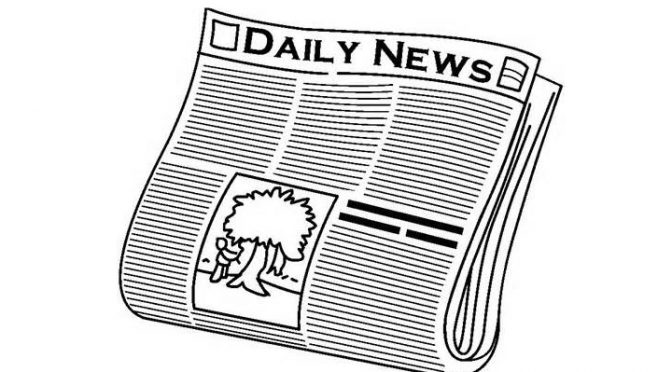 News Media Assets are created by writers of non-fictional work, coverage of various topics targeted towards the periodical demographic.

The news agencies post to public news feeds a “teaser” headline, a sentence or two describing the news media asset, and a teaser image all to lure prospective readers to clink a link to the news media publisher’s platform. At that point, the publisher sets the “ground rules” for the potential subscriber, e.g. 10 free articles a month, then their digital subscription price of NN goes into effect.

InMail through the social media platform can come from a variety of sources, for example:

The Tools to get the Job Done

As a prior client of LinkedIn Advertising for both ad placement and Sponsored InMail, I found the tools provided and the granularity upon which to refine the demographics impressive, and not lacking in any way.

Delivering News Media Assets to your digital door step, with advertising partners speckled into the asset. Because of the granularity of the InMail advertising controls demographics are at a level of precision. Beyond what a magazine or newspaper, digital or print, can offer.

it’s all about the targeted audience and the granularity of the data collected and then leveraged to meet the desired audience. Much more personal than a link back to the publisher’s platform.

Just like there are expenses to do business in print or traditional digital, the price of doing business with a platform like LinkedIn Sponsored InMail, would be absorbed by the news media agency, net advertisement placement for advertisements.

Although the LinkedIN Social platform was used for reference, other platforms may be leveraged, depending upon the product or services being marketed, such as a Facebook People Magazine article relevant to their demographic, partnership / sponsorship.

Fake News – Not a Problem

Since News Media Agencies will now pair with “sponsors” or commonly know as advertisers, both parties, the news agency and the sponsor have “skin in the game”, it is less likely to be a factitious article. 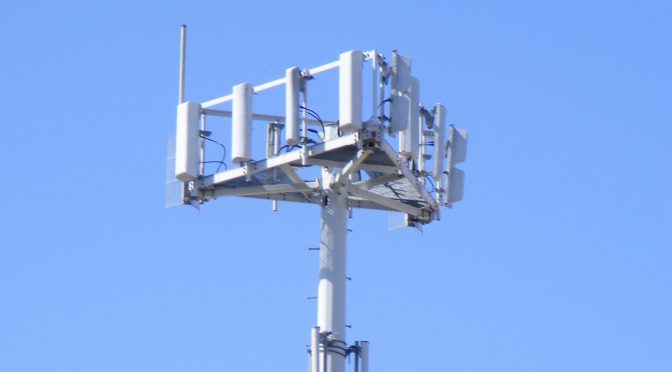